Today I am unpacking the letters to the seven churches in the Book of Revelation. A huge observation is the same sin that plagued the seven churches also plague the Church today. Fair warning, some of you may not like what is said here. It opens up a lot to inspect in our Church. I was shocked myself to find that when I thought I was being “like Jesus” I actually may not. Let’s dig in. 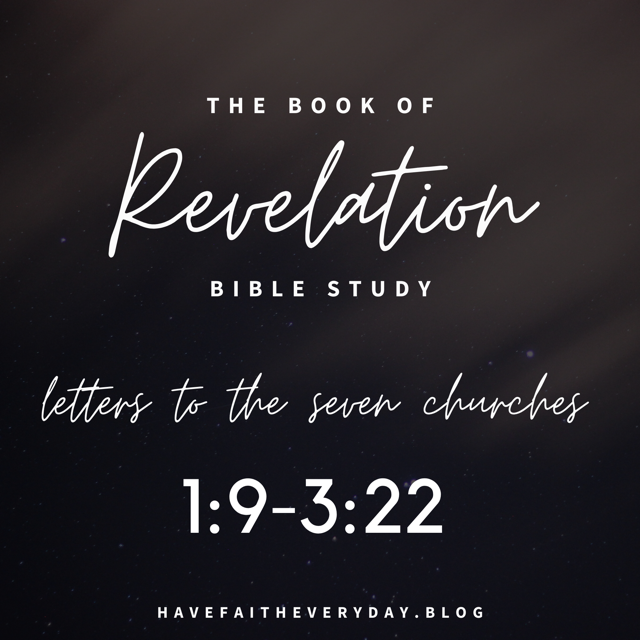 Scripture: Read and color-code verses 1:9-20. These verses are the vision of the Son of Man. Notice John starts out by says he is “your brother and partner” meaning he is with the seven churches and on their side of spreading the Gospel. In these verses he explains why he is on the island of Patmos, he calls out the seven churches by name (1:11), and explains what the Son of Man looked like in his vision (1:12-19).

Observation: Let’s talk about the description John lays out before us. Flip back to Daniel 7:9-14 and 10:5-6 to read how similar the descriptions of God and Jesus are in each of the verses. John uses Old Testament wording to describe Jesus that was also used to describe God. What do you think the meanings are?

A few other observations: John also uses these descriptions in the opening of each letter to the Churches, “The words of him who has the sharp two-edged sword.” (Rev. 2:12)

Note the use of seven lampstands and seven stars in His hand. Seven lampstands refer to the seven churches. Lampstand is a term used in Old and New Testaments. It reminiscent of Jesus’ Sermon on the Mount where He refers to the lamp (the light of God) and the lampstand that holds the light (the Church). Flip to Matthew 5:14-16, read and color-code these verses.

“You are the light of the world. A city set on a hill cannot be hidden. Nor do people light a lamp and put it under a basket, but on a stand, and it gives light to all in the house. In the same way, let your light shine before others, so that they may see your good works and give glory to your Father who is in heaven.” (Matt. 5:14-16)

Also, take note of all the seven’s listed. Seven churches, seven golden lampstands, seven stars, and angels of the seven churches, remembering the significance of seven throughout the Bible as completeness.

Scripture: Slowly read and color-code the letters to the seven churches, verses 2-3:22. Take note of similar references, rebukes, and encouragement to the churches.

Observation: One thing the stands out to me is the “Love and Logic” that starts out the letters. Anyone familiar with Love and Logic method of raising children will know one of the lessons is to start a difficult conversation with encouragement before discipline, or in this case, judgment. John uses that method here before relaying Jesus’ grievance against each church.

Note what each church was doing “right” and in which areas were they sinning. Which churches were given a rebuke? Rebuke means ‘a sharp disapproval or criticism because of one’s behavior or actions’. Which church did not receive a rebuke? Only one, the Church of Philadelphia.

“…behold, I will make them come and bow down before your feet, and they will learn that I have loved you. Because you have kept my word about patient endurance, I will keep you from the hour of trial that is coming on the whole world, to try those who dwell on the earth.” —Revelation 3:9-10 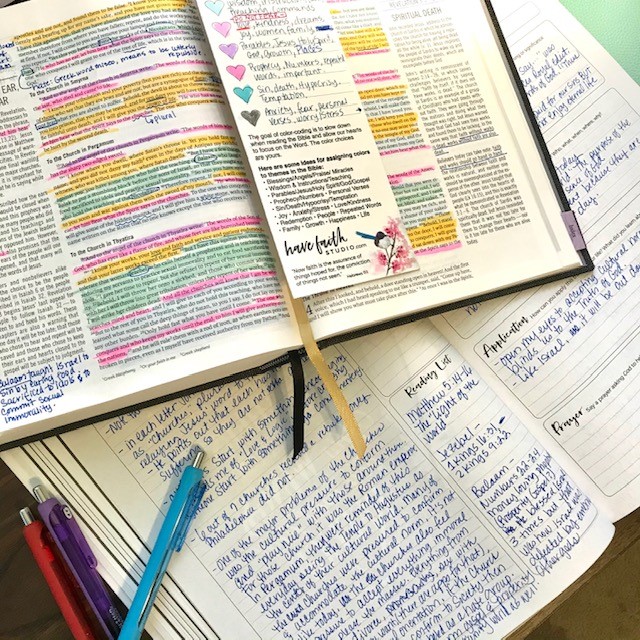 One of the major problems of the churches was the cultural pressure to conform and “play nice” with those around them who were following other gods and idols. For these seven churches, it was the Roman emperor. For instance, the church in Pergamum was reminded of this fact every day seeing the Temple dedicated to Augustus at the center of their cultural world. Many of these churches were pressured to accept and accommodate the culture around them. It’s not unlike the churches of this century who also feel the pressure to accommodate and accept immorality just to please the masses so they are not labeled as a “hate group” by society.

As society normalizes sin, the church has accepted the same. Everything from adultery, divorce, sexual immorality, worship of idols, abortion, sexual orientation, and so on. There is also a lot of lukewarm Christianity and prosperity gospel being taught in churches today. Modern-day churches haven’t escaped the problems and sin that seeped into the seven churches of AD 90, they’ve just gotten better at justifying it. In these letters, the churches are asked to repent because they are not safe from judgment. These letters could easily be addressed to just about any modern-day church.

Who were the Nicolaitans (Church in Ephesus and Pergamum) and Balaam (Church of Pergamum)? The Nicolaitans were a heretical sect who followed the teachings of Nicolas and became part of the group Balaam. Balaam was a money-loving prophet who was hired to curse Israel but instead blessed them three times (Deut. 23:5) but these were false blessings and it became their downfall. Satan is super sneaky that way. He will use the disguise of blessings to bring you down! By giving Israel false blessings it actually taught them to embrace cultural norms and accommodate the gods of other nations, such as Moab, Baal, and Peor. (Num. 31:16) This acceptance of sin seeped into the church and brought it crashing down. It was a mind game. A strategy to undo a nation. (Reference: Deut. 23:4; Peter 2:15, Joshua 24:9-10, Neh. 13:2, Mc. 6:5, Num. 25:1-3, Num. 22-24)

The reference to Jezebel in the Church of Thyatira alludes to the story of King Ahab of Israel and how his wife who led him to worship other gods, especially Baal, instead of following the One True God. (1 Kings 16:31; 2 Kings 9:22) Jesus gives everyone time to repent from their sinful ways, but if they refuse, it’s judgment day for them.

More important wording: “The word of…” translates to “Thus say…”, it is a phrase used in the Old Testament. It is one used in royal elicit, and more often used to introduce the words of God, “Thus says the Lord…”.

Crown of Life: represents eternal life.
Key of David: the only one who is true…the Church of Philadelphia, He finds no fault.
Tree of Life: the symbol of God’s life-giving presence and of eternal life available only in God, through Jesus Christ.
Hate: in verse 2:6, “…you hate the works of the Nicolaitans, which I also hate.” Hate is the Greek word for Misco which means to be utterly repulsive.
Antipas: was Jesus’ faithful servant and martyred in the time of Nero, “…where Satan dwells,” which was in Pergamum.

Application: For me, this part of Revelation was an eye-opener. I read so many similarities between the seven churches and our modern-day churches. It is actually scary. We are forced to repeat past sins and mistakes. I hear the warnings of Jesus. I also see the blessing bestowed on those who repent.

All the letters end with “He who has an ear, let him hear.” Jesus used the same sentence in Matthew 11:15. This is a final warning to the churches to turnaround and repent.

Eschatology is the study of end times as it related to the Bible. I am not an Eschatologist however, it is hard not to notice all the warnings leading up to the Book of Revelation. For instance, read Isaiah 6:10. The ears of people will be closed when Jesus comes. Their ears were closed when they didn’t understand His teachings and it showed in the actions of the Jewish leaders of the day who opposed him. They will be closed before he comes again.

Every generation must learn how to relate to their changing culture and be the lampstand to the generation that comes after them. That is certainly true today. We must always be on guard for Satan’s works and how he is working against us—using our culture as weapons like was done to Israel.

Those accepting the cultural norm as part of the church are just pawns in the greatest chest game of eternity.

Fortunately, if you have “an ear, let him hear what the Spirit says to the churches,” we have time to turn back and repent before it is too late.

Prayer: Dear Lord, let us open our ears so that we hear the message of what you say. Let us see where we have been wrong to accept cultural norms and repeat today. Lord forgive us for allowing us to open our hearts in justifying sin in our society. In God’s name, I pray. Amen.

This is where I will leave off until next week. Let me know what you think. Have you discovered surprises in Revelation you didn’t expect?

If you missed the first part of the Bible Study you can catch up here and here. Bible study resources: “Revelation, a 12-week study” by Stephen Witmer.