Revelation scares me. Ever since I was a teenager. Right around the time I began my teen years, we stopped attending our little Nazarene Church in the heart of the Ozarks. Instead, we chose to watch church from the comfort of our living room on the console TV.

The Worldwide Church of God with Herbert Armstrong was our Sunday service. What I remember most about the sermons is the fire and brimstone preaching. A Doomsday doctrine. The kind that made me fear God. The imagery of the end times glowing from our TV set is burned in my mind. Horsemen, plagues, famine, fire from the sky…it was all too much.

It was 1980-something and I had an overactive imagination. Seriously overactive. I am not sure my mom realizes how much these images ran wild in my head. I feared Russia would drop a nuke on America. I feared my mom’s fanatic boyfriend would move us to the mountains where we would live off the land because of the nukes (because he talked about doing so). I feared President Reagan’s Star Wars plan…what if this didn’t stop the nukes? Even the rock band Genesis made a music video where Reagan pushed the red button to end it all. Do you remember the movie “Red Dawn” with Patrick Swayze and Rob Lowe? I feared that happening too. So, Herbert wasn’t helping my anxiety of the end times in any way, shape, or form.

WCG was a non-Trinitarian theology church (some called it a cult). Today they wisely go by the name of Grace Communion International and teach a more mainstream version of Christianity. You can still find Armstrong’s writings and videos online. So, that is where my reluctance of reading Revelation started.

I just recently finished studying Philippians and was deciding on what book of the Bible to study next. Revelation popped into my mind. What? No thanks. But my brain kept coming back to it. It’s the last book in the Bible and the last book I wanted to study. Call it a heavenly whisper because here I am diving into Revelations.

Study Guides: I am using the online study guide Enduring Word and a print 12-week study guide “Revelation” by Stephen Witmer. I encourage you to join along if you too are scared of Revelation. We can support each other. So, let’s dive in. 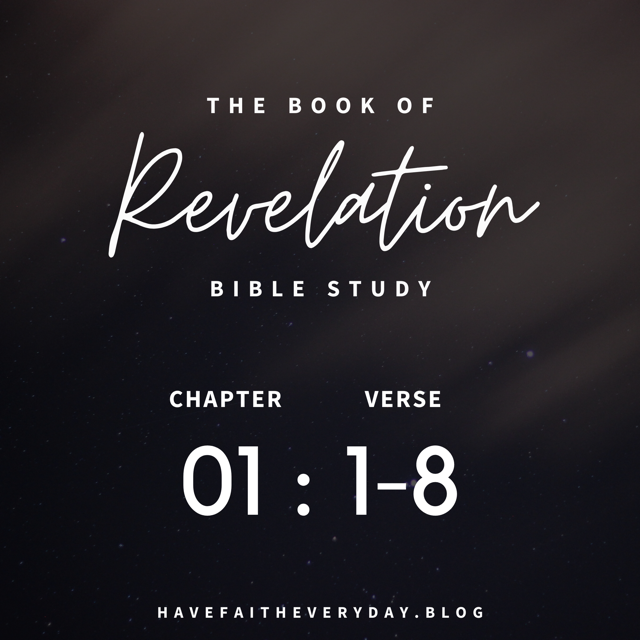 Back story: Revelation is translated from ancient Greek as apokalupis (apocalypse). It simply means a reveling or unveiling of something. The book of Revelation was written by the disciple John. John walked with Jesus. He was “whom Jesus loved” (John 13:23). It is dated somewhere in the mid-90s A.D. John wrote this book while exiled on the island of Patmos. He was given a vision of the seven churches. This is the vision.

Scripture: The very first sentence, “The revelation of Jesus Christ…” shows us this book is all about Jesus. That is encouraging for me. Verses 1:1-3 states a four-part chain that explains who this book came from.  Revelation is not of human origin. It is divine. John wrote it but it comes from God’s word. 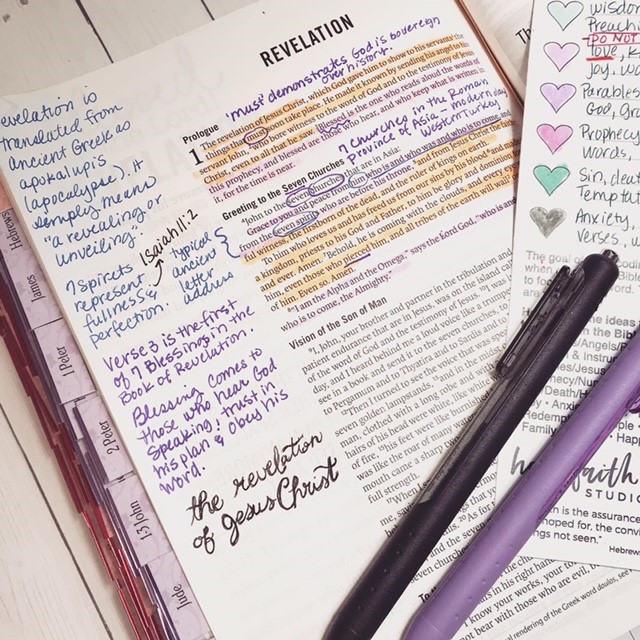 Observation: Read and highlight verses 1-3. Note the four-part chain from God > Jesus > Angels > John. Now notice in verse 1 “the things that must soon take place.” The word must demonstrate God is sovereign over all history. Now, this is where it gets tricky and there are varying opinions of how to view Revelation.

It could be a little bit of all four but I like Stephen Witmer’s assumption in the study guide, “Probably the best solution is to understand that the book of Revelation shares the view-point of the rest of the New Testament that the first coming of Jesus has already inaugurated (begun) the last days.” Basically, the beginning has already begun as John is writing this book. Also, I feel soon is a representation of God’s soon. Not our soon. His timeline is different than ours.

Verse 3 starts with “Blessed is the one who reads aloud the words of this prophecy…” I am encouraged by the word blessed. Note: There are seven blessings throughout the book of Revelations. We see the number seven as symbolic throughout the Bible. It represents completeness. (When you come across the word “blessed” highlight it in some way. I am using a squiggly underline.) 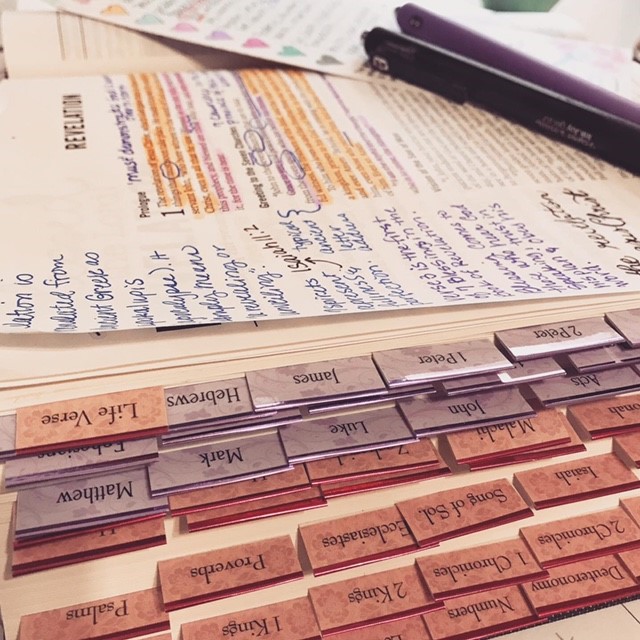 Scripture: Slowly read and color-code verses 4-5. John starts with a greeting to the seven churches. (Again note the number seven.) The seven churches were located in the Roman province of Asia which is now known as modern-day western Turkey.

Observation: John also follows the ancient form of letter writing by starting with the words grace and peace. You can compare this to Paul’s letter in Philippians 1:2 where he too begins his letter with grace and peace. The distinctive difference between the two letters is the word from.

From indicates this letter is not coming directly from John. It is coming from God. It is divine. God is and forever will be God (him who is and was) and He is coming to judge the sins of the world (he will come). This is repeated again in verse 8. And smack dab in the middle of these verses is the coming of God the Father through Jesus’ second coming.

The meaning of “…the firstborn of the dead…” is to say Jesus is the only one to have died an earthly death and rose himself from the grave.

One last point, notice the two references of the cross in verse 5-7. He “has freed us from our sins by his blood…”. Jesus’ death paid for our sins. And “even those who pierced him…” refers to those who nailed Him to the cross and the pierced holes in his hands and feet.

This is where I will leave off until next week. That was a lot to unpack in 8 verses. Let me know what you think. Have you discovered surprises in Revelation you didn’t expect? 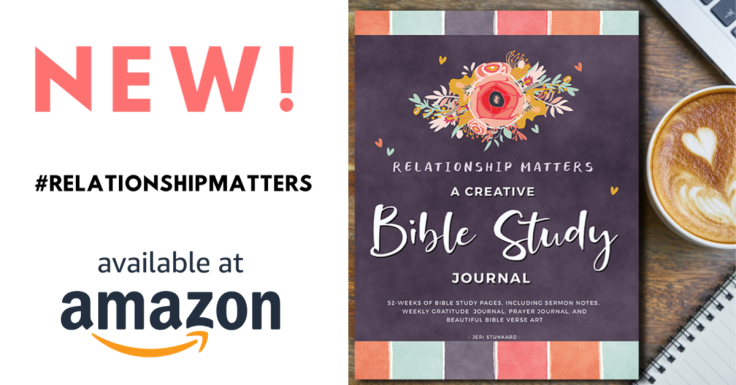 One thought on “Exploring Revelation 1:1-8”